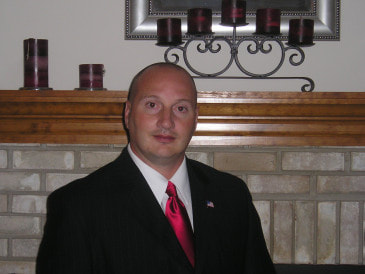 ​John is successful in both life and business and was raised in a working class family. He also overcame his multipotentiality and a debilitating medical condition on his own.

John doesn't care to be famous or strive to obtain a whole lot of publicity and exposure.  In fact, virtually all of his business success, came from smart investments, connections, relationships, partnerships, joint ventures, direct marketing, referrals, word of mouth, repeat clientele and some local speaking engagements.

John has been dubbed a secret business weapon. And for several years, he's helped many successful businesses and individuals behind the scenes with their sales, marketing, public relations, finances, problem solving, creativity and day to day operations
not to mention be able to compete and defeat their competition.
​
​Before working exclusively with entrepreneurs and the small business community, John's biggest partnership involved
Money Management International. And in the St. Louis region, he also worked with the Darryl Strawberry Foundation's
​Logistics Committee and helped them with their event planning, fundraising and publicity.

​John was mentored by a well known advanced psychology expert who was involved with government interests. He also received advice from master hypnotist Jonathan Chase and other very successful and influential people.

Between 2004-2007,  John was a member of the Masonic Lodge. And during his involvement, he was a Board of Director,
Vice President and Chairman of the Audit Committee for the Temple Association in addition to being an Investigative Committee member for his lodge. Since then, John has been approached by elitist individuals, other secretive organizations, mystery schools and a think tank, but turned them down. However, he did form a member's only group called the "Inner Circle" that deals with
life mastery and personal potential and empowerment that's still operational today.

John has degrees in Counseling (PhD), Business, Fitness, Medical Massage and Divinity along with several skills and certifications in multiple modalities. His counseling doctoral paper was on Rectifying Problematic Issues In Modern Day Counseling.
​
John created several things that haven't been commercialized including unpublished materials.

John has always been good with money and lives a frugal lifestyle.  As for investments, his very first real estate deal received
100% return on investment and currently dabbles in real estate development. He also invests in small business startups,
​manages individuals and businesses and does partnerships, joint ventures and other investments.

Since childhood, John knew that he was an outsider and different from his peers. He has also been labeled an old soul by
​several people throughout his life, but understands the importance of money.

Besides business things and others investments, John operates a private personal services and holistic medicine practice. Arguably, his best personal services success story involved a client who suffered from chronic depression most of his life. In less than a year, John improved virtually all aspects of his life and helped him overcome his depression in which many psychiatrist, psychologists, doctors, counselors, therapists, social workers and Christian pastors didn't do in 27 years according to his client.

John has been married to his wife for 23 years and have a son together. Their son taught himself chess at age 6 and was #1 in his class before he was home schooled. He also received a black belt in martial arts at age 9, started attending college at age 15 and is an  old soul like John.